During the Dragon Quest 35th anniversary stream, Square-Enix revealed a special "HD-2D" remake of one of the series' finest games is on the way.

In the reveal trailer, we got to see a good deal of the game in action, showcasing the familiar world and dungeon exploration, along with turn-based combat--all familiar tenets of the Dragon Quest series. After its reveal, Dragon Quest III remake producer Masaaki Hayasaka--who previously worked on Octopath Traveler--explained that the intent that was to honor the original, while also giving players familiar and unfamiliar with the original a way to experience it with "fresh eyes." After the reveal, the producer stated that the game will be planned for a simultaneous worldwide release, though no release date has been stated just yet.

Also revealed during the stream was the next mainline entry in the series, Dragon Quest XII: The Flames Of Fate, which will also be set for a worldwide release. In addition to that, a new expansion and offline version of Dragon Quest X is also on the way--however, that won't be released outside of Japan.

For more on the Dragon Quest III HD-2D Remake and DQXII, be sure to check back with GameSpot as we lead into the summer games season with our Play For All 2021 coverage. 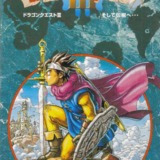