The Dragon Quest franchise is a big deal in Japan when compared to the rest of the world. With its 25th anniversary coming up, publisher Square Enix is planning something special to celebrate the role-playing series' birthday.

From October 8 until December 4, the company will be opening a Dragon Quest Gallery high and above the Mori Tower in Roppongi Hills, located in the Roppongi district of Minato, Japan. Specifically, the gallery will be on display in the Mori Art Center Gallery, located on the 52nd floor of the tower.

The last Dragon Quest game that was localized in English was Dragon Quest IX for the DS. The next game in the pipeline in the US is Dragon Quest Monsters: Joker 2. For more information on the latter, visit GameSpot's coverage on the title. 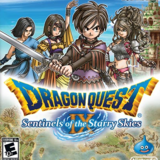