Some screenshots from Japanese magazine V-Jump have made their way online, showing off SSB Goku and Vegeta.

Dragon Ball Z: Kakarot dipped into Dragon Ball Super and the Super Saiyan God form in its first wave of DLC, and now it looks like the follow-up will bring in Goku and Vegeta's next form. As expected, A New Power Awakens - Part 2 is going to introduce the Super Saiyan Blue form to the game.

This news comes from the Japanese magazine V-Jump, as picked up on by the Dragon Ball Hype Twitter account. You can see the page scans in the tweet below.

Siliconera has gone over these pages to unpack some of the abilities revealed, which you'll have access to in this next DLC pack. SSB Vegeta will be able to use the "Ultimate Galick Gun", an upgraded version of his massive ki blast, as well as "Ultimate Banish," which sounds like a similar attack. His "God Speed Fist" will let Vegeta round up enemies and attack them all at once.

SSB Goku will be able to use an "Ultimate Big Kamehameha" attack, which is, as you might expect, like the regular Kamehamaha wave but bigger.

Judging from these screenshots, and the arc of the show covered, this DLC is likely to cover the "Resurrection of F" movie and arc, in which Frieza returns from the dead and attacks Earth.

Dragon Ball Z: Kakarot earned a 7/10 in GameSpot's review. "Zooming around the environments and seeing the world up close is a blast, and it's great being able to interact with so many fun DBZ characters and see stories that usually get passed over for game adaptations," wrote reviewer Heidi Kemps. "And even though combat can be a bit lacking, when the big battles happen, they feel suitably epic and engaging." 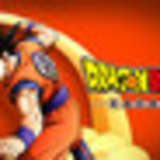