Reorganizations typically come with their share of causalities, but it appears Electronic Arts' is more about shuffling around than paring back. Following on from yesterday's announcement that saw the publisher raise Frank Gibeau to EA Labels president and Peter Moore to COO, Gamasutra reports that EA2D has been placed under Dr. Ray Muzyka's BioWare label, with the studio being renamed BioWare San Francisco.

EA2D has focused on creating casual games since its formation, with notable releases including the free-to-play browser-based game Mirror's Edge 2D and Dragon Age Journeys. The studio has also dabbled in Facebook games with Dragon Age Legends, as well as the Xbox Live and PlayStation Network with Fancy Pants Adventures.

It is unclear how the change will impact development at the newly named BioWare San Francisco. EA had not responded to a request for comment as of press time.

BioWare now counts six studios under its umbrella, with the developer also maintaining Canadian outfits in Edmonton and Montreal, as well as shops in Austin, Texas; Fairfax, Virginia; and Galway, Ireland. 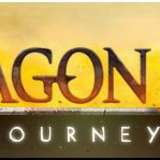