Dr. Mario World Is Shutting Down In November

It was among Nintendo's worst-performing mobile games, according to analyst Daniel Ahmad.

One of Nintendo's mobile games, Dr. Mario World, will shut down on November 1 in a move that a popular analyst says "makes sense" due to the game's relative lack of popularity.

Dr. Mario World, which was originally released in July 2019 as a free-to-play game, will end its service on Monday, November 1, 2021. "We would like to extend our sincere thanks to everyone who has played the game since it began service," the developer said on its website.

The game's currency, diamonds, will no longer be available to purchase from today, July 28. The game will not work after the shutdown. "If you start up the Dr. Mario World game after the game's service has ended, an end-of-service notification will be displayed and you will not be able to play the game," Nintendo said.

That said, a website called Dr. Mario World Memories will go live when the game goes offline, and this will display stats about your play history with the game.

"Dr. Mario World was the worst performing of the titles the company has published so far. Even Super Mario Run, which essentially operated as a paid game on mobile, generated significantly higher revenue," Ahmad said on Twitter.

Some of Nintendo's other mobile games that are still in operation include Mario Kart Tour, Super Mario Run, Fire Emblem Heroes, and Animal Crossing: Pocket Camp, among others. 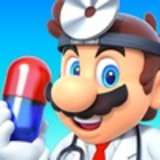