The Nintendo Switch "looks amazing," but the racing game is not coming to Nintendo's new console, developer says.

The recently announced racing game Project Cars 2 is probably not coming to the Nintendo Switch. The game's creative director, Andy Tudor, said in an interview with Red Bull that the developer currently has no plans to release any version of Project Cars for the hybrid console.

"In terms of Nintendo Switch, I can say probably that Project Cars franchise will not be coming to Nintendo Switch currently," he said. "Similar to the Wii U, it looks amazing. I've held it in my hands, and the concept of taking it on the go, yeah, I totally agree: we're all gadget freaks, so we kind of want to, but equally I just don't think it's going to be possible."

Tudor did not elaborate as to why it wouldn't be possible to put Project Cars 2 on the Nintendo Switch.

Earlier this week, it was confirmed that another high-profile game, Square Enix's Final Fantasy XV, would also not be coming to Nintendo Switch.

Nintendo has a plan in place for attracting more third-party developers to work on the Nintendo Switch, but of course, not every game will make it onto the system.

The first Project Cars was announced for Wii U but the game never materialized. In May 2015, developer Slightly Mad said if Project Cars can't come to Wii U, the developer will look at bringing it to Nintendo's next console. However, that's not going to happen, it seems.

Project Cars 2 is currently in development for PC, Xbox One, and PC, with a release date lined up for later this year. For lots more on the game, check out GameSpot's preview below. 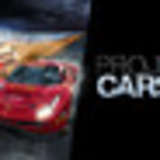