Majority of the resources at Valve are apparently focused on Steam Deck.

Half-Life 3 is rumored to not be on the way anytime soon, YouTuber Tyler McVicker revealed in a video covering what projects are reputed to be in development at Valve. According to the Valve sources McVicker talked to, "There is not a major development team working on anything outside of the few pieces of software specifically tailored for hardware."

The reason reportedly is because Valve's Steam Deck--launching early 2022--has become the current focus for the company. "Right now, Valve is trying to get the Steam Deck out... Valve is throwing a lot at it," McVicker said. "Half-Life 3, any kind of traditional mouse and keyboard first-person shooter at Valve, is not taking place. If it is, it's a very small group of people."

McVicker also commented on Citadel, another in-progress project at Valve. "[Citadel] is a Half-Life-based, FPS/RTS hybrid, that is cooperatively based. Think about Left 4 Dead, Alien Swarm, and an RTS, and Half-life all having a baby," stated McVicker. "It's being created with the Steam Deck in mind due to how the game is supposed to be controlled. Originally there was supposed to be a VR asymmetrical cooperative component, however due to Valve's lackluster view on VR in the current day, it's very possible that it's set aside."

McVicker went on to state that Citadel is actively getting worked on at Valve. "Citadel is very much in development," he commented.

Many rumors about Half-Life 3 have flown around throughout the years--ranging from it getting developed to it being completely scrapped. Valve boss Gabe Newell has taken the stance of not commenting on what's next for the Half-Life franchise. When asked about the future of Half-Life and Portal in a 2021 interview, Newell commented, "I've successfully not spoken about those things for a long time and I hope to continue to not talk about them until they are moot questions. The nice thing is, by not answering those questions, I avoid the community coming up with new, equally-difficult-to-answer questions."

It's also important to note: While McVicker does have a track record for knowing things Valve's got going on--he's most famously known for releasing info about Half-Life Alyx well before the game officially launched--everything is just rumors until Half-Life 3 updates come straight from Valve. 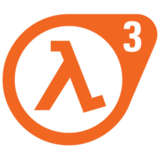