Donnie Yen is joining the cast of the upcoming movie adaptation of Square Enix's Sleeping Dogs, starring in the role of a yet-unnamed undercover cop.

According to the report over at Deadline, the film is being produced by Original Film and DJ2 Entertainment, under the guidance of producers Neal Moritz (the Fast and Furious series), Dmitri Johnson, and Dan Jevons. It will tell the story of an "undercover police officer (Yen) on a mission to take down one of the most powerful and dangerous criminal organizations in the world: the notorious Triads."

It's unclear at this stage how closely the film will follow the events of the game, or even if the undercover cop in question will be the protagonist from the game, Wei Shen. 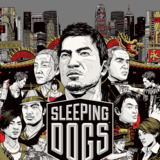