These titles joined the current line-up on July 15.

Donkey Kong Country, a Rareware classic, is the highlight here--a SNES title with (for the time) jaw-dropping graphics that eventually begat the excellent Donkey Kong Country: Tropical Freeze on Switch. It's a great platformer, although it was also included on the SNES Classic Edition, so if you own one of those you already have access to it. We're holding out hope that Donkey Kong Country 2 will eventually make its way to the Switch.

Natsume Championship Wrestling is an adaptation of a Japanese wrestling game, featuring 12 fighters and more than 50 different moves. The Switch is light on wrestling games, and it looks like fun.

The Immortal, meanwhile, is a Diablo-style action game where you play as a wizard conquering a labyrinth. It's something a bit different from the other titles available on the platform.

The Japanese line-up, which you can also access on Switch (as it's region free) by creating a Japanese account to download it and then accessing from the account with your Online subscription, has an exclusive game this month too. The original SNES Shin Megami Tensei is being added, although it will likely be difficult to play if you cannot read Japanese. Gun-Dec is also coming, which is already available in English as Vice: Project Doom.

All previously released NES and SNES games remain available as well for subscribers. The last drop was in May, and included the excellent Japanese puzzle title Panel de Pon. 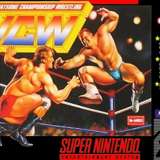