Expect to die a lot.

Devolver Digital has announced Disc Room, a new game from the creators of Minit and High Hell. It's Devolver's latest challenging 2D affair, with an interesting art style and the promise of plenty of violence.

The game is set inside a deadly alien craft, a huge disc that appears in Jupiter's orbit in 2089. You play as a scientist who must explore rooms filled with alien saw blades that are constantly trying to slice you up, figuring out the labyrinthine structure of the craft and gaining new abilities as you go.

You'll unlock an invincibility dash, time-bending, and even a cloning mechanic as you go, and the press release promises that you'll die plenty--"In Disc Room the only way out is through Death."

The game has only been confirmed for Steam so far, and you can wishlist the game now. The game will release later this year in autumn 2020.

If you're attending PAX East, the game will be playable there. It's a good thing, because not every planned game is making its way to the expo--Sony has dropped out over coronavirus concerns, meaning that the planned playable demo stations for The Last of Us Part II will not be there. 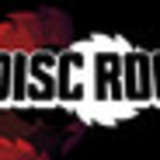