Doctor Who: The Edge Of Reality Is Coming Next Year, But It's Not An Entirely New Game

The game re-imagines the VR adventure The Edge of Time for PC, Switch, PS4, and Xbox One.

A new Doctor Who game is coming in 2021--kind of. Doctor Who: The Edge of Reality has been announced for a Spring 2021 release on PC, Switch, PS4, and Xbox One, and it'll include Doctor Who actors Jodie Whittaker and David Tennant voicing the Doctors they play in the series. It'll be a first-person adventure game.

According to the game's official site, Edge of Reality will feature "brand-new gameplay, new monsters and new worlds to explore." The site also says that the game will "continue the story that began in The Edge of Time," so fans of the original will hopefully get something new out of this version.

A trailer has been released, too, and you can check it out below. It does not contain any gameplay footage, though.

The game is being built with next-gen systems in mind, according to the official site; while PS5 and Xbox Series X versions have not been announced, it will be playable on those systems through backwards compatibility.

A new Doctor Who game for mobile devices and Switch has also been announced. It's called The Lonely Assassins, and it's a "found phone" game, where you explore a phone to uncover a mystery. 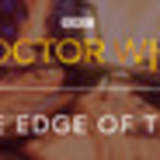