Last week, the gaming news sites and blogs were saturated with reports of a study that found addicted online gamers displaying traits common among people with Asperger's syndrome. But as is common when in-depth scientific research is boiled down to an abstract, which is then adapted into a press release, which then serves as the basis for sensationalized reports written for an audience that has no explicit scientific interest, some of the finer details may have been lost along the way.

GameSpot contacted the psychologist behind the study, the University of Bolton's Dr. John Charlton, to ask a few questions about those finer points. Charlton responded at length and in detail, specifically seeking to clear up a handful of misconceptions and bring up a number of relevant points that didn't survive the news cycle.

"The point about Asperger's was just that the relationships between addiction and the personality characteristics that we examined suggested that [massively multiplayer online role-playing games] might be addictive to people with Asperger's--and I tried to emphasize the 'might' to reporters--since the relationships between the addiction indices we used and the personality traits that we looked at suggested such a possibility," Charlton said.

Charlton looked at a variety of criteria to determine whether or not gamers counted as being addicted. He broke those down into two groups: peripheral criteria, which would be seen in highly engaged (but not necessarily addicted) gamers, and core criteria (a set of traits which should all be present to classify someone as addicted).

Highly engaged gamers will increasingly think about a game, spend more and more time playing it, and get a buzz or sense of excitement from it. Actually addicted gamers would have their lives dominated by a need to play, exhibit unpleasant physical or emotional withdrawal effects if they don't play, increasingly find themselves in conflict with others (or themselves) due to gaming, and be prone to relapsing into old play patterns despite attempts to stop.

In his research, Charlton notes that there is a fine line between the highly engaged and the addicted gamer. Other specific issues he wanted to clarify follow:

a) We didn't target people with Asperger's in our data collection (we collected data from Asheron's Call players in general).

b) We did not classify any of the participants as having Asperger's.

d) It would be necessary to conduct specific studies to test whether people with Asperger's syndrome are overrepresented in the population of MMORPG players and whether they are more likely to be classifiable as addicted than other players.

e) In no way can it be said that Asperger's can be caused by game playing (Asperger's is thought to have a biological basis).

f) We are not saying that all people who might be classifiable as addicts have Asperger's.

Charlton and his coauthor Ian Danforth plan to submit their findings for journal publication, but they are still in the process of writing the paper. 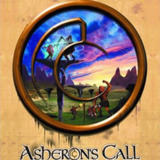