Dead or Alive Code: Cronus was originally announced for the Xbox at the Tokyo Game Show back in 2002, but after three years of silent development, the game is getting a platform change. In an interview published in the latest issue of Famitsu Xbox magazine, Tecmo producer Tomonobu Itagaki revealed that Dead or Alive Code: Cronus' development has been shifted to the Xbox 360.

Itagaki apologized for Dead or Alive Code: Cronus' delay, saying he couldn't return to developing the game on the current Xbox after noticing the capabilities of the 360. But Itagaki said that Temco will still be releasing Ninja Gaiden Black and Tecmo Classic Arcade for the current-gen Xbox. He hopes that gamers will enjoy the two titles, which he said will be the last games developed by Tecmo for the console.

Itagaki also talked about the details of Dead or Alive 4 in his interview. The most surprising comment made about DOA4 by Itagaki is that the game's main character will be Helena, the fighting opera singer that first appeared in Dead or Alive 2. For the past three releases, the DOA series featured the female ninja Kasumi as its main character. Itagaki commented that Elena was not featured in the game's E3 trailer because she is getting special treatment as the main character.

Itagaki also gave a few details on how the other new characters presented at E3 will play. The Asian character from the E3 trailer has been identified as Kokoro, a Japanese girl that uses the Hakkyokuken fighting style. Itagaki comments that Hakkyokuken was first used in Virtua Fighter, which he rightly calls the "origin of 3D fighting games." Virtua Fighter's main character, Akira, uses this fighting style, but Itagaki hopes to reproduce the martial art even more realistically in DOA4.

The blonde male fighter from the DOA4 E3 trailer is named Elliot, and he fights in a style known as Keiken (Xing Yi Quan). Itagaki said that Elliot will play a vital role in the game's story. Keiken is an aggressive fighting style that consists of five fundamental forms of attack and uses 12 forms based on animals.

Itagaki kept the identity of the masked wrestler in the DOA4 trailer a secret, although he hinted, while laughing, that she is a "good friend" of the series' other female wrestler, Tina. The masked wrestler will fight in the Mexican lucha libre style, which is more acrobatic than standard wrestling.

Itagaki expects that DOA4 will have more than 20 characters total. He revealed that the motion capture for the game is mostly complete and that characters will move much more realistically than in previous installments. Itagaki commented that he wanted to finish the character movements in an early stage of development since balancing out the game for head-to-head play takes an extremely long time. Itagaki said that development of DOA4 is currently 15 percent complete and that he will be accepting costume ideas from the public.

Famitsu conducted its interview during E3 last month. While Itagaki was happy to talk about DOA4 for the Xbox 360, he expressed disappointment with other Japanese publishers for not trying hard enough.

"They are supposed to be software makers that represent Japan. I wonder if they have any pride. Given the world's strongest console, I was hoping to see some amazing graphics [from other developers], but I saw nothing," said Itagaki. "Some developers may be wondering what in the world that I'm saying, but they should bring something that's better than what I've made. I'm saying this from the kindness of my heart. If this continues, we'll really lose to America." 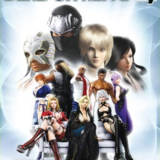