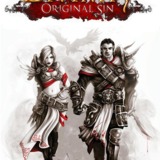 "How many CRPGs on console can you think of that feature split-screen co-op?"

This question from Larian Studios creative director Swen Vincke gave me pause, because honestly, I couldn't think of any. Cooperative action role-playing games are clearly represented on consoles, but split-screen play, and co-op outside of the Diablo-esque realm, are hardly common. The other reason this question struck me was that Vincke used the term "CRPG"--that is, Computer RPG--instead of the more common "Western RPG" moniker. Vincke and I understand each other; we were playing games at a time when different terms were used and different styles were cultivated.

Of course, one of the things I adored about Divinity: Original Sin when it was first released on the PC was that it didn't just rely on old role-playing tropes: it introduced new mechanics that made the game feel as fresh as anything else appearing in the RPG space. At E3 2015, I played Divinity: Original Sin Enhanced Edition on the PlayStation 4 while speaking to Vincke at length about what this new version of Original Sin has in store for us. As it happens, the list of what's new is exhausting and exciting. And if you already own Original Sin on the PC and worry that the new iteration leaves your version of the game obsolete, the Enhanced Edition will be available to you free of charge.

Allow me to share some of these adjustments. There are new skills like boulderdash and rain of arrows, some of which initiate the elemental interactions that make Original Sin's turn-based combat such a joy. Skills themselves are now separated into novice, adept, and master levels, with the higher-level skills costing more action points. Every graphical asset has been modified, so the camera can be rotated 360 degrees, giving you whatever view you desire. It's much easier to inspect enemies to see their strengths and weaknesses, and thus more easily plan out an appropriate attack strategy. The inventory is much less cluttered, and it's easier to move objects around between party members. Every line of dialogue is voiced, and every spell effect has been revamped. And, vitally, missions, puzzles, and story points have been overhauled. "Things we didn't like, we improved. You will recognize things when you play, but you will say, 'Shit, that's twisted completely, that's different now.' We got rid of all the filler, essentially."

And, of course, controller support was added, and feels as natural as it should as you steer your character around with your party members in tow. Split-screen support is just as natural, incorporating a method that should be familiar to anyone who's played one of Traveller's Tales' Lego games: when you and your partner are near enough, you share the same screen space, and when you separate, the screen vertically splits. Just as in the original release, cooperative partners are not required to stick together. In fact, Vincke and his partner purposefully split, both of them approaching the same quest in two different ways, reminding me what makes Original Sin such a special game.

The quest in question involves infiltrating a cult called The Immaculates (a quest veteran Original Sin players will recall). Vincke reached his destination--Sacred Stone--by using an invisibility spell, then engaging stealth mode in order to pick a priest's pocket in the middle of a sermon. The key you steal from the priest opens a hatch, which in turn leads you to a portal that takes you to Sacred Stone. It's a shortcut of sorts, an unexpected quest solution that results from Divinity: Original Sin's systemic possibilities, and not the path most players would think to follow. The second player followed another systemic path that most people wouldn't consider: he got himself arrested. A little inventory fiddling, getting another party member to break you out of jail, and use of a teleporter pyramid also provides a shortcut--as does pickpocketing the jailer, if you so desire. Every non-player character is required to follow the same rules as the players, so you will not run into objectives that break the rules in order to force you down a specific trail.

This quest also exemplifies the game's exploratory freedom, which gives players the chance to split up and converge as they see fit. I got to experience some of this freedom myself when Vincke handed me the second controller and we traversed Original Sin's opening region. It didn't take long to get used to using a controller; movement is handled using the left analog stick, as expected, the D-pad provided quick access to inventory, and the triangle button opened access to the skill bar. One tweak in particular that I like is that you can hold X not only to reveal nearby objects that you can interact with, but also interact with them from the menu that opens when an item is nearby. This makes pesky lever- and button-hunts much easier to handle, as you don't need to pick a tiny visual cue out of a cluttered screen.

The fundamentals, however, remain beautifully intact. As you (or you and your local/online cooperative partner) navigate Rivellon, you move objects around when they block the way, solve environmental puzzles, engage in conversation minigames with other characters, improve your core attributes, and, of course, use the elements to your benefit by, for instance, spreading oil on the ground and then setting it aflame with a fire spell. Aiming spells is a breeze using a controller, and the conversation interface has been enhanced to make dialogue simple to handle. (Don't expect Witcher 3-style complaints about font size, in other words.) Then there is that Divinity charm, evident when Vincke and I encountered a pair of inebriated guards who were almost too silly in their drunkenness to keep alive. Almost.

Divinity: Original Sin Enhanced Edition is due out this fall--hopefully October, if Vincke has his way. After playing it, I'm excited to get back to Rivellon all over again. I am also excited to see the game gain a new audience on consoles. Original Sin has lost none of its unique flavor in the transition, and I can't wait to compare notes with everyone stepping foot into this world for the first time.

The Electronic Entertainment Expo returns on June 14. Watch all the press conferences live, tune in for the GameSpot and
Back To Top
Load Comments (28)