Divinity: Original Sin 2 Getting Big Changes On PS4 And Xbox One

Act 3 has been "completely reworked" for the console release.

The critically acclaimed RPG Divinity: Original Sin II is coming to PS4 and Xbox One this summer, and along with a remapped control scheme, the console version will come with a number of significant changes. At a preview event, Bandai Namco revealed a list of adjustments being made to the RPG to tailor it to consoles and improve the overall experience.

Most notably, developer Larian has "completely reworked" Act 3 of the game. The Arx region now features new dialogue, NPCs, and quests in order to improve the story and overall flow of the game. Additionally, seven new combat encounters were added to Arx to resolve some questlines.

To ease new players into the game, Larian is introducing an optional tutorial level in the console version of Original Sin II. There's also a new, more welcoming difficulty setting called Story mode. This mode gives players the ability to flee from battle at any time and resurrect their party members an unlimited number of times.

Larian has also reworked the interface of the Journal and inventory screen. All Journal entries have been completely rewritten for extra clarity and are now divided into quests, lore, and origin quests. New map markers have also been added to help players better track quest objectives. In terms of inventory improvements, players can now select multiple items at once to more easily manage their inventory, as well as add unwanted items to wares.

Rounding out the changes are a number of balance and AI adjustments. Some underused skills, such as Petrifying Touch and Sucker Punch, have received buffs to make them more useable. The game economy has also been reworked so that armor prices reflect their usefulness, and the difficulty balance in Explorer mode and Hardcore mode has been improved.

Divinity: Original Sin II Definitive Edition launches on PS4 and Xbox One in August. Ahead of its release, Xbox One owners will have a chance to try the game out early. Starting May 16, the first three hours of Original Sin II will be playable for free via Xbox Game Preview. Those who purchase the game on Xbox One will get early access to the entire first act, which is approximately 20 hours of content. Any progress made can be carried over to the full game when it releases. 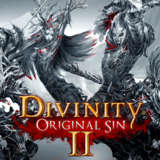