"There is a complete saturation now of just bankable, known IP [today] that will absolutely strangle out new ideas."

Movie director Neill Blomkamp (District 9, Chappie) has commented on the movie landscape these days, saying there is a "complete saturation" of known IP dominating the box office that is threatening the existence of lower-budget productions. Hollywood's attraction to big-budget films from known franchise could "strangle out" new ideas, the director said.

Speaking to Vice, Blomkamp said movies with budgets in the range of $40 million-$60 million, like his 2015 movie Chappie--may not be around for much longer.

"The films like Chappie--between $40 and $60 million dollar film where there's enough money to really put some imagery on the screen but it isn't $120 million or $200 million, that zone of film with IP that doesn't exist, which is a new idea, that feels like it's a dying breed," he said. "I don't think that's a good thing at all."

Blomkamp, who is now working with game developer Gunzilla on a battle royale title called Off The Grid, said people often forget that Star Wars was at one time seen as a groundbreaking production.

"For all the Star Wars movies that are out there today, it's almost like people have forgotten that when George Lucas made it in 1977, it was like no one had ever seen anything like it before because he was striving to do something that was a bit different," Blomkamp said. "There is a complete saturation now of just bankable, known IP [today] that will absolutely strangle out new ideas. I don't think it's a good thing."

Blomkamp said there are still some major Hollywood production companies making the types of films he sees as being new and different, like A24, which he said is doing some "pretty cool" stuff. A24's latest film is the interdimensional mind-bending film Everything Everywhere All At Once, which is out now. There are also plenty of non-franchise films coming out all the time thanks to streaming companies like Netflix, Hulu, Apple, and others.

The Biggest Movies To Watch In 2022

Blomkamp pointed to 1999's The Matrix as an example of the kind of film that might not be made these days, due in part to changes to the moviemaking business and Hollywood's priorities.

"I don't know if the Wachowskis could do that in 2022," Blomkamp said.

Blomkamp's first big movie, District 9, was released in 2009. District 9 came about after Blomkamp's Halo movie with director Peter Jackson fell apart. After District 9, Blomkamp would go on to direct Elysium starring Matt Damon in 2013 and then Chappie in 2015. He made a number of shorts after those films, and returned to the feature-length space in 2021 with the horror movie Demonic.

For more on Blomkamp's new battle royale game, Off The Grid, check out GameSpot's own interview with the director about it. 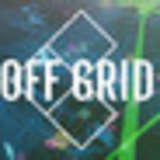