Website Polygon learns more details of upcoming open-world sandbox game; will combine elements of Minecraft and Just Cause and run on consoles and touchscreen devices.

Disney's game division has had a difficult 2012. First, there was the departure of Bungie founder Alex Seropian in February, and in November Disney Epic Mickey 2 released to critical nonchalance, compounded by the division reporting a $216 million loss. However, the company has also been heavily investing, with acquisitions of Korea-based free-to-play developer StudioEX and Indian media house UTV.

It was also recently unveiled that Disney has a new project in the works called Infinity, which GameSpot was invited to see at a Hollywood event on January 15, 2013. Now, website Polygon has seen leaked videos and images that it reports shed more light on Infinity, The game that it has seen will be a multi-platform title combining characters from Disney and Pixar's suite of movies and television shows, and will feature an open world that can be traversed by car, on foot, or by flying.

The website reports that the game is currently being worked on by Avalanche Software, the studio that made Toy Story 3: The Video Game and Cars 2: The Video Game. The site also claims that the game will be released on platforms including consoles, the iPad and Android phones, and will feature cross-platform play. The game will be developed over time with new expansions based on specific Disney IPs, featuring characters, settings, toys and building blocks.

GameSpot has contacted Disney and will update this story if more information becomes available. 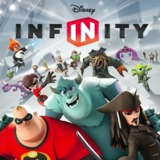