Disney Bundle Price 2021: Disney Plus, Hulu and ESPN Plus Bundle Cost and How to Sign Up

One of the best entertainment deals around, the Disney Bundle gets you Disney Plus, Hulu, and ESPN Plus. Here's what you need to know before signing up.

With so many streaming services to choose from, you might find yourself wondering who offers the best bang for your bucks. After all, they seemingly all have their own programming libraries, original programming, and bonuses--whether it's live sports, same-day theatrical releases, or sometimes even a reliable user interface will do the trick. However, there's one company with a suite of streaming services that offers all of the above, and that's Disney. The House of Mouse has Disney+, Hulu, and ESPN+ all under its umbrella, and you can bundle it all together for a single monthly fee. Below, you'll find all the info you need about the Disney+ bundle from prince to content to available add-ons.

What is the Disney Bundle?

The Disney Bundle includes Disney Plus, ESPN Plus, and Hulu. As the name implies, Disney Plus is the home of all things Disney--which, at this point, encompasses some of the most popular franchises ever made. It’s a powerhouse service where having the Marvel Cinematic Universe, Star Wars, The Muppets, every Pixar movie, and Nat Geo in one place is just the tip of the iceberg. The service also has Disney Premier Access, which allows you to watch select new movies (like Black Widow) the day they release in theaters for $30.

ESPN Plus is the streaming home for sports, including not only live events--like all UFC fights--but also an increasing number of well-crafted studio shows and documentaries like E:60 and 30 for 30. The subscription also comes with a couple of other perks, like access to ESPN fantasy league tools and exclusive online articles by some of the leading authorities in sports.

And then there’s Hulu, which started as the place to see new episodes of TV as (or shortly after) they air live. That's still the case, but in recent years, Hulu has expanded into its own little niche of original shows and exclusive films. Standout original shows on Hulu include The Handmaid's Tale, Castle Rock, and The Great. You can also add live TV with sports, HBO Max, Cinemax, and other services to Hulu to round out your streaming experience. The base Disney Plus Bundle packages all three of these services together, with one login and one joint price for all three platforms.

How much does the Disney Bundle cost?

To give you a sense of what the Disney Bundle is worth, here's a quick overview of what each service costs separately. The base monthly Disney Plus price is $7.99, while Hulu's price starts at $5.99 per month. ESPN Plus costs the same as basic Hulu at $5.99 per month. If you do the math, that comes out to $19.97 a month for subscribing to each service separately. The Disney Plus Bundle, on the other hand, costs $13.99, which is an absolute steal for the wealth of content.

However, that's not the only Disney Bundle plan, which is where things can get a little confusing. The distinction comes with which Hulu plan you want to include in your bundle. The base Disney Bundle plan comes with ad-supported Hulu, which just means you'll still get some commercials as you watch shows and movies. To get Hulu without ads in the Disney Bundle, you'll pay $19.99 per month--which is still a better deal than paying for each service separately, as Hulu without ads costs $11.99 per month on its own.

For most, the basic plan will be enough, but having these other options lets you customize the plan a bit to your viewing preferences. For easy reference, you can check out the current Disney Bundle pricing below.

Get the Disney Bundle

There are, of course, additions to consider. A Disney Plus subscription gets you access to everything with the exception of Premier Access titles--such as Raya and the Last Dragon and the upcoming Black Widow--that drop on Disney Plus the same day as they do in theaters. Premier Access titles are meant to give folks who'd rather stay home access to the biggest films Disney has to offer, and at $30 each, they’re priced as such.

ESPN has a similar option with its UFC partnership, which allows ESPN Plus to stream live fights. Those can be purchased like pay-per-view for $69.99 a pop. There are also add-on subscriptions for MLB.TV and NHL.TV, which can be thrown in for $24.99 per month each.

Finally, Hulu offers add-ons for other networks like HBO Max, Showtime, Cinemax, and Starz, which range from $8.99 a month to $14.99 a month each. You can also pay more for features like unlimited screens or expanded DVR recording space. You can see the full breakdown for Hulu add-ons in our Hulu pricing guide.

What to watch with the Disney Bundle

Of course, what you're really here for is the content, and you'll have no shortage of that with the Disney Bundle. Disney Plus is extremely strong on family-friendly and children’s programming, thanks to the Disney and Pixar libraries. You also get documentaries from Nat Geo, the entire Marvel Cinematic Universe, and every Star Wars movie, plus original programming. That includes exclusive new spin-off TV shows like Loki, Star Wars: The Bad Batch, and The Mandalorian.

Just about every film or TV show Disney has made in the last 60 years is on Disney Plus, as is an unfathomably huge treasure trove of Disney animation--shorts and feature length--stretching back to the '30s. That also means you have unlimited access to all of the Marvel Cinematic Universe and Star Wars movies you could want. While some of the draw here is the huge back catalog, you also get to watch new releases like Pixar's Luca. And with Disney Premier Access, you can watch new movies for $30 a pop, including the newly released The Jungle Cruise. There are also plenty of surprises to be found too, like nature documentaries, concerts, and non-Disney-produced cartoons ranging from the '90s X-Men and Spider-Man to over 30 seasons of The Simpsons.

With ESPN Plus, you get a wide range of live sports, which run the gamut from Major League Baseball and the NHL to rugby and lacrosse. The service even gives you access to out-of-market Major League Soccer games. That's bolstered by a slew of excellent produced content like the lauded 30 for 30 series, E:60, and documentaries like the Oscar-winning OJ: Made In America.

And then there's Hulu. For many shows, Hulu will drop brand-new episodes either right after they air or a day after. That's on top of a huge library of TV from nearly every major broadcast network stretching back decades. Hulu has a nice library of original content such as The Handmaid’s Tale, Solar Opposites, Pen15, and Letterkenny. It's also amassed a rather impressive collection of movies along the way, which also includes a few wonderful exclusives like The United States vs. Billie Holiday, Derek Delgaudio's In and Of Itself, and Joe Carnahan's bonkers Groundhog Day riff, Boss Level.

Those looking for a replacement for traditional cable can also watch live channels and shows as they air without having to wait. Hulu's Live TV add-on gives you access to 65 basic cable and local channels, though, obviously, watching them live does mean you're getting the commercials too. 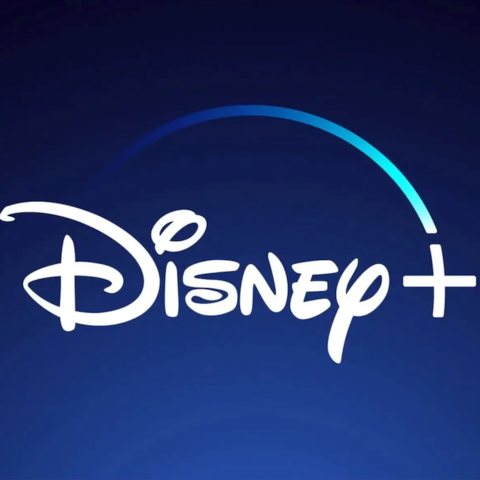 Signing up for the Disney Plus Bundle is fairly straightforward. You can head directly to the Disney Plus website and sign up from any device with a browser. You could just watch directly from there if you're using a computer, or you can download the individual Disney Plus, Hulu, and ESPN Plus apps, which are available on a wide range of mobile devices, tablets, Smart TVs, streaming devices, and gaming consoles.

The one asterisk to all that, however, applies to those wanting to add Live TV to their Hulu subscription. In that case, you actually want to sign up at Hulu instead and add the add-on to your Hulu account from there. After that, it’s smooth sailing--you'll simply download Disney Plus and ESPN to your other devices and log in with the same info, all while managing the subscription through Hulu.

Get the Disney Bundle

Final thoughts on the Disney Bundle

During a time when just about every studio and channel on the planet has its own streaming service, figuring out which subscription gets you the biggest bang for your buck has become tedious. With the Disney Plus, ESPN Plus, and Hulu bundle, though, you've got access to such an enormous collection of content, it actively makes the search for more content easier. You won't find many competing services offering that volume of content at such an appealing price. There are certainly those that try--HBO Max having HBO, Cartoon Network/Adult Swim, Looney Tunes, and Turner Classic Movies under one roof is undeniably impressive--but getting that kind of value is a rare thing nowadays and worth chasing. The Disney Bundle is also a particularly appealing option for families, not only for being budget-friendly but because its wide variety of content offers something for everyone, from kids to teens and adults.