Add another publisher to the list of those laying off developers in tight economic times. Disney Interactive Studios has confirmed for GameSpot that a number of employees were laid off today from the company's Propaganda Games, Avalanche Software, and Fall Line Studios locations.

A representative with the publisher dismissed online reports that more than 70 developers had been let go from the Vancouver, British Columbia-based Propaganda, saying the actual number was less than 30. As for those reports' other contention--that a planned sequel to the studio's Turok game was canceled in the process--the representative said only that Propaganda still has two teams working on unannounced projects and that Disney Interactive Studios holds the rights to the Turok character, which it licensed from Classic Media. Since Propaganda Games' formation in 2005, the studio has released only one game, last year's PlayStation 3, Xbox 360, and PC revamp of the Turok franchise.

As for Avalanche and Fall Line, Disney is consolidating the two Salt Lake City, Utah, development houses "for efficiencies," a process that resulted in "less than 20" employees being laid off today. Since the founding of Fall Line in 2006, the studio has focused on games for Nintendo systems, and the representative said that the consolidation will bring the Wii "into the forefront of our development plan at Avalanche."

Previous Fall Line titles include the DS efforts Hannah Montana: Music Jam and The Chronicles of Narnia: Prince Caspian. Even before the consolidation, Disney had referred to Fall Line as a "sister studio" to Avalanche Software.

Not to be confused with Just Cause developer Avalanche Studios, Disney's Avalanche Software frequently works with the company's family-friendly feature film properties, like Meet the Robinsons, Chicken Little, and, most recently, Bolt. Prior to Avalanche's acquisition by Disney in 2005, the developer had worked on a wider variety of games, including Midway projects like NBA Showtime, Rampage 2: Universal Tour, and Mortal Kombat Trilogy. 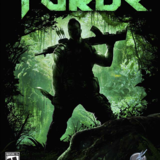