Media giant scoops up brains behind Stubbs the Zombie to be VP of creative at Disney Interactive Studios; Hail to the Chimp shop developing unannounced "family console game."

Two weeks after it stunned the world by buying Marvel for around $4 billion, the Walt Disney Company has made a far smaller--and game-industry specific--purchase. Today, the media giant's Disney Interactive Studios group announced it has bought Wideload Games, developer of Hail to the Chimp and Stubbs the Zombie, for an undisclosed sum.

The deal will see Wideload remain in Chicago--for the most part, anyway. Its founder, Halo cocreator Alex Seropian, will relocate to California, where he will oversee creative development of all Disney Interactive Studios projects as vice president of creative. There, he will report to DIS vice president of global product development Jean-Marcel Nicolai.

Wideload Games president Tom Kang will replace Seropian at the studio, which currently has 25 full-time employees. Those staffers are currently hard at work on an unannounced "family console game" for a 2010 release, according to Disney.

The Disney buyout marks the latest evolution of Wideload, which was founded in 2004 by Seropian and several ex-Bungie Studios developers. Two years after the 2005 release of Stubbs the Zombie, the company announced Wideload Shorts, a division of the company dedicated specifically to downloadable games for consoles, PCs, and handheld platforms. That program will continue under Disney's supervision.

The Wideload buyout marks the latest acquisition of an independent game developer by Disney. In 2005, it purchased Turok developer Propaganda Games. The following year, it picked up Climax Racing (Renamed Black Rock Studio), developer of Pure and the forthcoming Split/Second. In 2007, it bought Junction Point Studios, home of Deus Ex cocreator Warren Spector--who is rumored to be working on a dark action-adventure featuring Mickey Mouse. 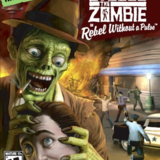 Stubbs the Zombie in Rebel Without a Pulse
Follow