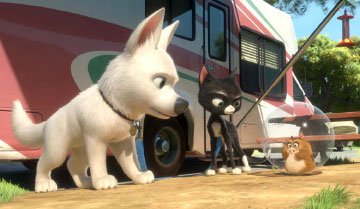 The new segment returned mixed results for the company. The Interactive Media Group posted growing revenues of $313 million for the quarter, up 13 percent from the division's adjusted haul from the previous year. Those returns were tempered by a substantial falloff in IMG's operating income, which fell from a $58 million gain last year to a $45 million loss during the October-December period. Disney did not report net income--or losses--for the sector.

Although Disney's two most lucrative segments--Media Networks and Parks & Resorts--were both in the red during the October-December quarter, the entertainment company saw its biggest declines in its Studio Entertainment division. Ironically, the film unit was a victim of its success from the previous year, with 2008 holiday DVD sales unable to match Q4 2007 blockbusters Pirates of the Caribbean: At World's End, High School Musical 2, and Jungle Book.