Here's how Disney Dreamlight Valley's Pixar Star Path works and what you can unlock.

Disney Dreamlight Valley is a Disney-themed take on the farming and life sim genre. While currently in early access, the game is going to be free-to-play once it hits its full release, which developer GameLoft said is coming in 2023. That means, like many other free-to-play games, it has its own version of a battle pass, giving players a list of challenges to complete in exchange for some premium rewards.

The first of these Star Paths is the Pixar Fest Star Path, which features a variety of Pixar-related clothes and furniture for you to unlock, like an Incredibles suit or a Lighting McQueen racecar bed. In order to unlock these items you will need to use Pixar tokens, which can be earned by completing a series of random challenges.

The challenges are similar to the Dreamlight Duties that you can complete in the game, giving you random tasks. The free track gives you three tasks to complete at a time, six if you purchase the premium track for 800 Moonstone, the premium currency. These tasks are random, but typically require you to do a single action a large amount of times. This could be cooking 25 meals with fruit or harvesting 100 of a certain crop. Each task awards between 15 and 25 Pixar Tokens. The challenges cannot be rerolled, so if you feel like you are stuck or not advancing, you will need to focus on clearing out the tasks given to you.

There are five pages of items to unlock, with seven items on each page. Each item can cost between 5 and 40 Pixar Tokens to unlock. After the first five pages are complete, there is one additional unlock which awards the player additional Moonstones. 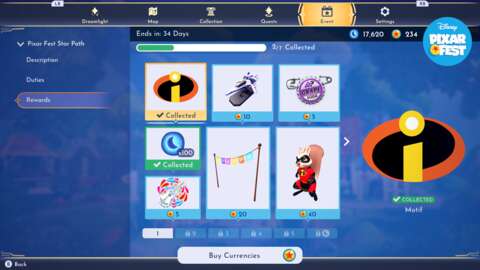 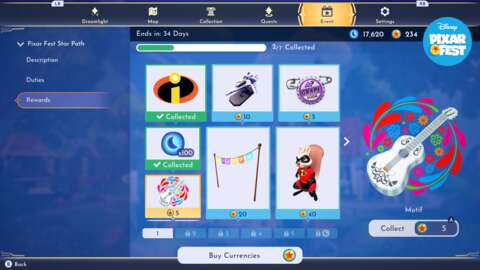 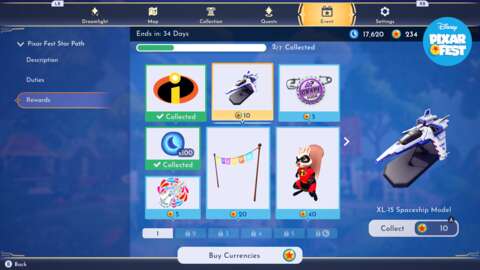 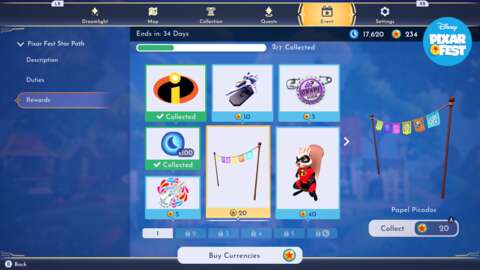