Media giant Disney has laid off around 250 people from its consumer products and digital media division, which houses the company's video game unit. This amounts to around 5 percent of the division's workforce. For comparison, Disney employs more than 180,000 people worldwide.

The new layoffs affected some video game developers, including the team that worked on Marvel: Avengers Alliance's mobile and social games. Last week, Disney announced it was shutting these games down after they failed to meet performance expectations. The team hoped to make Avengers Alliance 2, but is now focusing on "new game experiences."

Disney spokesperson Brian Nelson told The New York Times that the job losses come as the company does more licensing than internal development. One example of this is the new Star Wars games from Electronic Arts, of which there are many in development, including Star Wars Battlefront 2.

This is just the latest round of layoffs at Disney related to video games. In May, Disney canceled the Disney Infinity series, resulting in 300 layoffs.

Some of the job cuts were also the result of Disney's decision last year to combine its consumer products and interactive media units into one division. This was seen as a cost-cutting move in part because it eliminated overlapping departments.

Go to The New York Times to get all the details. 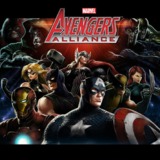