Company intends to break into free-to-play market with buyout using developers of Heroes of the Pantheon.

Disney Interactive, the publisher behind the recent Epic Mickey 2: The Power of Two, has purchased South Korean developer StudioEX.

StudioEX is the developer behind the Facebook title Heroes of the Pantheon and was acquired through a stock purchase agreement. According to Disney Interactive (via Gamesindustry.biz), it intends to use the studio as a way to enter Asia's free-to-play market.

Previously, Disney had partnered with Korean studios Smilegate and Zipi Studio. The studios will be used to create online games using the Marvel and Pixar franchises, specifically Toy Story and Cars for the latter. 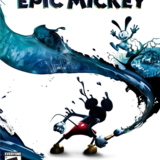