Raphael Colantonio, who founded studio Arkane and worked on classics like Arx Fatalis, Dishonored, and Prey, went indie after leaving the studio in 2017. His new studio, WolfEye Studios, will debut their first game Weird West next year. Now, in an interview with PC Gamer, Colantonio has explained why he left the studio he created, and the benefits of going independent.

Colantonio says that the risk of development is offset, at least partially, by the studio's independence, saying that "what's at stake is a little lower" than it was with Arkane's bigger offerings. "We can take more risks, and we are less worried about the market than we would be if we were doing a AAA game," he says. "Because the numbers to recoup a AAA game, you're talking about numbers that are so high that, then you're not making a game anymore, you're making a product."

This is a large part of why he left Arkane. "My dream when I started Arkane in '99 was to make Underworld for the rest of my life," he says, referring to Ultima Underworld, a series that hugely influenced his work. Following Prey, he felt a creative anxiety over what he was working on, and says he was "so tired in general".

"It was extremely, extremely liberating to leave a company that, in spite of all the passion and love I had for it, at the same time it had been an 18 year chunk of my life," he admits. "There was no way I wanted to come back to AAA, making another thing where you focus 90 percent of your efforts on having the feet not sliding on the floor."

Back in 2016, ex-Naughty Dog director Amy Hennig discussed the impact of working in AAA, in relation to her work on the Uncharted series, particularly Uncharted 3. "I mean, my health really declined, and I had to take care of myself, because it was, like, bad," she said. "And there were people who, y'know, collapsed, or had to go and check themselves in somewhere when one of these games were done. Or they got divorced. That's not okay, any of that. None of this is worth that."

For more on Weird West and Raphael Colantonio, check out our video interview with him above. 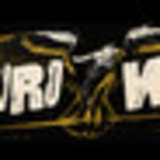