Disco Elysium: The Final Cut Is Still Releasing In March

ZA/UM, the studio behind the acclaimed RPG Disco Elysium, clarified that the Final Cut of the game is still coming out this March.

However, according to a recent Discord communication by a member of the game's development team, The Final Cut is releasing in March "for sure." ZA/UM's head of publishing Mikk Metsniit said that the team's radio silence is due to the coordination required to make sure that the game launches correctly on all four platforms. Metsniit's public statement came in part due to a "lot of speculation [being] thrown about."

Update by the devs! from DiscoElysium

Disco Elysium is a highly literary take on the CRPG genre inspired by genre classics like Planescape: Torment as well as other works, like Émile Zola's seminal novel Germinal. As part of the original announcement, ZA/UM said Disco Elysium: The Final Cut will come to Xbox Series X and Nintendo Switch later this summer. The Final Cut will be a free upgrade to existing owners of the original Disco Elysium. This will be the first time that the game will be available on consoles. Disco Elysium is one of the most critically-acclaimed games of the late 2010's, and GameSpot previously named it one of the 10 best games of 2019. 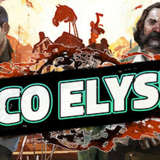