In May this year, THQ revealed its plans to release an Xbox 360 and PlayStation 3 version of the uDraw tablet, which allows users to create their own artwork. The previous version of the accessory launched in November 2010 for the Nintendo Wii, shipping 1.7 million units during THQ's 2011 fiscal year.

It now appears that the launch of uDraw on other consoles was not a good move for the publisher, with THQ today reporting that "weaker-than-expected" initial sales of the tablet on the Xbox 360 and the PS3 was a driving factor in the publisher's move to lower its third-quarter earnings. THQ made the decision to drop its net sales targets for the third quarter by 25 percent below its previously announced guidance of $510 million to $550 million.

The company updated its outlook for the fiscal 2012 third quarter--which ends December 31, 2011--with THQ president and CEO Brian Farrell looking toward titles like WWE 12 and Saints Row: The Third to help drive sales until the end of the year.

"Despite uDraw's strong success on the Wii in fiscal 2011 and market research indicating strong demand for uDraw on the Xbox 360 and PlayStation 3, initial sales of our uDraw tablet and software on these high-definition platforms have been weaker than expected," Farrell said in a statement from the publisher today. "WWE 12 and Saints Row: The Third are expected to perform at or better than the levels we discussed on our fiscal 2012 second-quarter earnings call."

THQ expects to announce its fiscal 2012 third-quarter results and update its fourth-quarter expectations in early February next year. 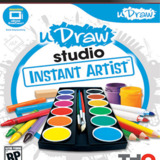