We talk to developer Yoshinori Kitase about this spin-off shooter set in the Final Fantasy VII world.

We had the opportunity today to sit down with Yoshinori Kitase at the Square Enix booth. Mr. Kitase's credits include serving as the producer for both Final Fantasy X and the upcoming Final Fantasy VII: Advent Children, and his current project is Dirge of Cerberus: Final Fantasy VII. While we didn't get very many concrete details about the game, we did get some insight into the ongoing development process of the title based on the cherished role-playing-game world.

The game's title, Dirge of Cerberus, comes from the name of Vincent's weapon. His gun was apparently one of the very first items of the game that was designed, and the unique three-barreled weapon is called Cerberus. Mr. Kitase professes to be a big fan of action gun games (he named Medal of Honor and Half-Life as favorites), which he cited as one of the reasons the development team decided to go with a gun combat game. However, he notes that the game isn't going to be merely an all-action game, which he says is boring, as a creator, to design. Instead, it's going to incorporate RPG elements and have a strong focus on storyline. Much like other recent Final Fantasy games, Dirge of Cerberus will feature voice-overs, and he mentioned that the voice actors (in Japanese, at least) will be kept constant through the properties in the Compilation of Final Fantasy VII.

The basic gameplay model is going to be that of a third-person shooter, and the team is currently working on refining traits, like response speed, in the game. Mr. Kitase said that one of the reasons the game wasn't shown at E3 was that the development team is still working on the "controllability" of the game. Specifically, the team is refining it. He did say the team would try to show the game at this year's Tokyo Game Show, however.

Mr. Kitase says he hopes existing Final Fantasy VII fans will be pleased with the game, which gives those fans a chance to experience what really happened to their favorite characters after the end of the original. When asked directly about which Final Fantasy VII characters would be appearing, he would only confirm those that have appeared so far in the promotional materials (like Cait Sith). However, he says the team's thinking of adding more characters, and it would like to put in some surprise encounters for players.

When asked about a possible release window, the answer was "as soon as possible." Kitase added that the team was working very hard on the game. We'll be sure to keep you updated with any additional news about Dirge of Cerberus: Final Fantasy VII as it emerges, so keep watching GameSpot and this gamespace for more information. 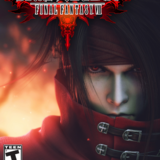