Project Scissors: NightCry has a crowd-funding goal of $300,000 and is being developed by Japanese studio Nude Maker. The studio includes staff who have worked on the Silent Hill, Final Fantasy, Metal Gear Solid, Castlevania, and Halo series. Project Scissors: NightCry was originally planned for launch on Vita, iOS, and Android, and the Kickstarter brings the game to PC. The addition of other platforms is also a possibility.

Project Scissors: NightCry was first announced last year. A live-action teaser directed by Shimizu was revealed earlier this month with the new NightCry name. For more on how the game is the spiritual successor to Clock Tower, check out GameSpot's interview with Kono and Shimizu. Check out the gallery below for screenshots of the game.

Disclosure: I am a horror game aficionado and have backed this project. 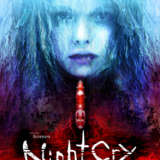