Just this week, Bungie released the first piece of concept art for its new game, believed to be called Destiny. However, it appears the studio embedded a Destiny teaser more than three years ago in Halo 3: ODST and none caught on until yesterday.

A Twitter user sent former Bungie developer Vic DeLeon (who now continues to work on Halo at 343 Industries) an image from Halo 3: ODST (at right) that bears a resemblance to the leaked artwork from Bungie (below) and contains the line "Destiny Awaits." DeLeon responded with, "It's finally been found!"

Notably, the same Earth-like planet is shown in both images, with a smaller white globe not far away.

Along with a range of images, the leaked Destiny document describes Bungie's new game as "fun and accessible" with a "deep, tangible and relatable" universe that is compared to the Star Wars franchise. The game is also described as "social at its core."

According to the document, Destiny's plot revolves around an alien ship bent on destroying Earth and the "knights" tasked with defending what's left of humanity. 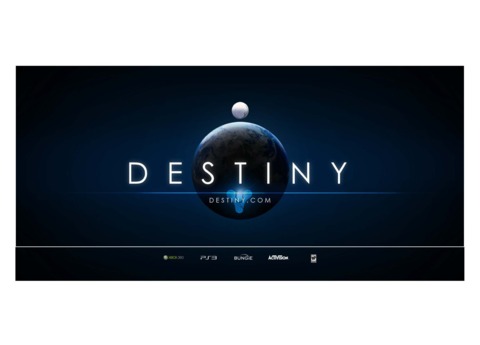