"Innovate or die" is the credo at the ever-provocative Nintendo EVP's keynote in Las Vegas; DS VoIP, US download booths unveiled.

LAS VEGAS--"Innovate or die." This provocative credo has been the watchword that has flowed many-a-time off the experienced lips of Reggie Fils-Aime. Long before the executive vice president of Nintendo of America taunted his boss, Satoru Iwata, by asking, "Who's your daddy?" at E3 2004--a mock insult Iwata shot back at E3 2005--he was known for his outspokenness.

However, Fils-Aime's oft-intimidating bearing wasn't in manifest evidence at the preparty before this year's D.I.C.E. convention. Unlike many high-profile game-industry figures (who took to the open bar at the GameTap-sponsored reception like starving hogs to a trough), Fils-Aime meekly sipped a San Pellegrino while making noncommittal statements about the game titan he represented.

The executive's notorious fieriness, however, was in full effect the following morning. He hammered the half-hungover throng of D.I.C.E. attendees--many of whom had been playing poker until less than a half-hour earlier--with a presentation that aggressively evangelized his company's plan for "expanding the market for interactive entertainment."

Before delivering the new announcements that most of the assembled developers and press were waiting to hear, Fils-Aime reiterated how Nintendo was going after a different market than its competitors. "I stand before you as a consumerist," he said. "And I am going to talk about what we see as the future in these turbulent times as we go through the console transition."

Fils-Aime went on to explain that three of the top four platforms of 2005 were handheld, not console, according to NPD figures. He underlined the fact that handheld gaming was the fastest growing sector by pointing out that portables went from 20 percent of the overall game market in 2004 to 35 percent in 2005. "Console revenues were down 14 percent [in 2005], while handheld revenues were up 88 percent," said Fils-Aime. "This shows, conclusively, that the money has moved to handheld."

Though he gave a nod to the PlayStation Portable by acknowledging that "surely the [Nintendo] DS wasn't the only reason for that growth," Fils-Aime was not short on corporate braggadocio. "We have a blue-ocean lead over our competitors in terms of market share," he proclaimed. Fils-Aime went on to highlight how Nintendogs has sold over 1.5 million units in the US and how it had attracted more women than any other platform to date, thanks to a female-centric marketing campaign.

Fils-Aime further played up how Nintendogs attracted players outside the traditional 18- to 24-year-old male target demographic--which, he was quick to point out, is currently shrinking. He then segued into how the forthcoming DS game Brain Age: Train Your Brain in Minutes a Day will help aging baby boomers keep their minds sharp as they move onto middle age. "Imagine your parents playing a video game," he told the crowd. "Imagine people 50, 60 years old playing games...imagine people of all ages playing enjoyable games versus a playground of violence...imagine games that are a culture of celebration versus the publicity problems our industry is facing right now."

Fils-Aime then unveiled some hard statistics to back up his boasts of Nintendo's success. He said that, to date, there have been over 860,000 unique visitors to the Nintendo Wi-Fi connection, which has also received over 21 million connections since it went online last November.

But after touting the DS's success, Fils-Aime raised the specter of doom for the entire game industry. "We truly see this industry at a crossroads," he said after citing a New York Times article titled "Wave of Video Game Fatigue Afflicts Sales, Not Thumbs." (Registration required.) He said that only 21 percent of the potential gaming market is "hardcore" and that Nintendo has its sights set on the other 79 percent of potentially paying clients.

"It's all about creating new demand and new opportunities," he told the crowd. "We are aiming to go beyond the blood-red waters of competition to the blue waters of opportunity." Fils-Aime went on to say that the key to accessing this proverbial aquatic body was to provide "simpler, easier, more approachable types of experiences."

To that end, Fils-Aime used the pulpit that his D.I.C.E. keynote afforded him to unveil a new feature of the Nintendo Wi-Fi connection. Namely, he said that the forthcoming game Metroid Prime: Hunters would have voice over IP connection functionality. However, Fils-Aime emphasizesd that this functionality would not be for "trash-talking" during the game; rather, it would be for "chatting" before and after a game in the Hunters lobby area.

Another new DS initiative unveiled at D.I.C.E. was a new system of booths which will allow DS owners to download content. Debuting soon at "thousands of retail locations," according to Fils-Aime, the system will allow DS owners to download "demos, trailers, minigames, and sequelized content" onto their DSes. The catch? The content will only be playable on the DS as long as the handheld remains powered and on.

Fils-Aime went on to say that the DS download booths would have a 15-foot radius of connectivity and would initially be available at GameStop, EB Games, and Game Crazy outlets. He said that Nintendo was also in "advanced discussions" with Target and Wal-Mart about getting booths installed at their myriad of locations across the country.

As much as he talked up the retail-based download system, Fils-Aime also said that Nintendo was thinking of a broader Web-based strategy. "Can I see the DS download stations evolving beyond retail? Absolutely," he said. "It will work on the DS local network service, which means it will work anywhere there are wireless networks." As an example of what is to come, Fils-Aime mentioned Wi-Fi enabled train stations in Japan, where riders can download DS content.

The Nintendo executive also briefly said a few words about his company's next-generation console, the Revolution. Specifically, he made much of the console's "freehand controller," saying its resemblance to a television remote control was deliberate. "There really was a lot of thought in what this looks like," said Fils-Aime. "It's really meant to look like a TV remote...it's supposed to be approachable to the non-gamer."

As far as third-party Revolution support goes, Fils-Aime mentioned a sextet of companies working on games for the console: Sega, Square-Enix, Namco, Ubisoft, and Electronic Arts. When queried by an audience member about how the difference between the Revolution and the Xbox 360 and PlayStation 3 could present development problems, the executive brushed it off. "We believe driving different content will appeal to a broader audience," he responded.

In a concession to the many game designers in the crowd, Fils-Aime also took a moment to remind the audience that development for the Revolution will be much cheaper compared to its next-gen rivals. "Games [for the Revolution] will be smaller, easier, better than before," he said.

In conclusion, Fils-Aime laid down the gauntlet to his competitors, which he never mentioned by name during the entirety of his speech. "We truly believe that those with the best ideas will prevail," he said. "[We'll] let the consumer vote on what's relevant and what's not." 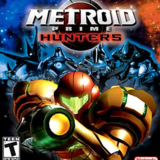