Following the creation of two incredible horror games, Red Candle is working on something new for its third project.

Developer Red Candle Games has released a small snippet of what its next game will look like. The developer says that the video is of a work-in-progress build, so the game could end up looking quite different. For now though, it looks like a 2D action game with an incredible style.

Red Candle Games teased that it was working on something new when talking to me about Devotion and the studio's future. "After developing two horror titles, our team felt like taking a break from horror games and making something different," the developer told me. "Thus for our next project, we are now experimenting on a different genre. As an indie studio, we are still trying to experiment on different ways of game design to implement immersive and interesting playing experience."

During that interview, the studio said that it would consider returning to horror in the future if a member of the team came up with a brilliant idea that would only work in a horror setting, but that's not the focus right now. That's certainly something you can tell in the clip that the developer released--it tonally looks very different from horror games Detention and Devotion.

Red Candle Games recently made the news with Devotion finally going back on sale, following its takedown from Steam in 2019, mere days after it had launched. You can now buy the superb horror title from Red Candle Games' own store--and you very much should, considering it's just so freakin' good with how well it tackles the terrifyingly intriguing implications of when a person's faith is pushed too far. If you missed out on grabbing this game back in 2019, you owe it to yourself to buy it now. 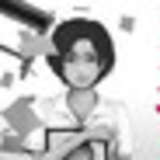