Valve has not addressed or issued support for Black Lives Matter, and several developers have pulled their titles from the platform as a result.

Following the murder of George Floyd in the US, many companies--including game publishers and storefronts--have expressed their support for the Black Lives Matter movement, and have delayed events such as the PlayStation 5 reveal, EA Play, and the start of Call of Duty: Modern Warfare Season 4.

There's been a notable exception, though--Valve, the owner of the Steam storefront, has not said a thing. Although a "Black Voices in Gaming" list was visible on Steam during the Guerrilla Collective streams, which were also postponed, Valve is yet to comment officially in any capacity.

In the wake of Valve's silence, gamesindustry.biz is reporting that several indie developers have pulled their games from the storefront. Julian Glander, the developer of Art Sqool, says that his game is no longer available on the storefront, and that he is unlikely to every publish on Steam again. In the tweet below, he posts his full reasoning.

tonight i pulled all my games from @steam and i don't see myself publishing with them ever again. i urge other indie devs to join me pic.twitter.com/JrtmdiGOdQ

"Over the past few weeks, Steam and Valve have chosen not to address the Black Lives Matter movement, failing to make even a broad and generic statement about social justice," his request to remove his games from sale reads. "It's than ever that the owners of this platform feel beholden to a base of angry white male gamers."

"Obviously as a company you guys can do whatever you want but I find having my games associated with the Steam platform to be embarrassing and a little nauseating," he continues.

Gabriel Koenig, director of Ghost Time Games (Jettomero), similarly removed his games and encouraged other developers to consider their power in this situation. He says that his games were earning him $1000 a month on the platform.

I put in a help request to remove my paid games earlier this week as well. Steam is nothing without our games. We have the power to demand change. Dev friends, consider using your voice. Steam will not be getting any more money from me. https://t.co/yYK1ZMA0wg

Dean Sanderson, developer of horror game First Winter, has also removed his title from the service and similarly posted his request message. "I would like my game instead to be exclusively available on platforms that have a clear anti-racism message or are at least doing their bit in the struggle for equality such as Itch.io," he writes.

To be honest, it's the very least I could do. First Winter makes no money anyway but still. It's the principle. And considering the shocking shit going on in London today, had to do something. #indiedev @GhostTimeGames pic.twitter.com/foidTRECzo

Itch.io recently raised an astonishing $8.1 million for charity with its Bundle for Racial Justice and Equality, which features Glander's Art Sqool.

In the wake of these developers leaving the platform, Valve has stayed silent.

GameSpot has officially kicked off Play For All--a celebration of all things gaming. Join us as we bring you the summer's hottest news, previews, interviews, features, and videos, as well as raise money for Black Lives Matter and COVID-19 relief efforts with the help of our friends from around the gaming world. Check out the Play For All schedule for more. 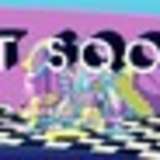