Close Combat publisher acquires the studio that developed the series.

Destineer Studios will announce on Friday that it has acquired wargame developer Atomic Games. The deal will bring the Close Combat series home to roost with its current publisher and integrate Atomic with MacSoft, a company that produces and publishes Macintosh games. Atomic Games, in a former life during the early '90s, produced games for both the PC and Macintosh.

Destineer was founded in 2001 by former Bungie executive vice president Peter Tamte. Tamte has had a long history with the Macintosh platform and was once senior director of worldwide consumer marketing at Apple. Destineer's CEO, Paul Rinde, was a senior vice president of Atari and a cofounder of the WizardWorks Group. In 2003, Destineer purchased MacSoft from Infogrames.

Atomic Games is best known for its Close Combat series, first released in 1996. While the current release of the game, Close Combat: First to Fight, is a first-person tactical shooter, previous installments were World War II-based real-time strategy games. The company's earlier hit series, V for Victory, was also a World War II-based wargame, though it used tiles instead of animated squads of soldiers.

Destineer is also the publisher of John Deere American Farmer and In-Fisherman Freshwater Trophies. After the acquisition, the company will consist of four in-house development studios, three of them based in Plymouth, Minnesota.

GameSpot spoke with Tamte, who provided some background on the acquisition.

GameSpot: Can you explain how the Atomic acquisition reinforces the Destineer business model?

Peter Tamte: Every military game now promises "authenticity," but virtually nobody actually delivers it. Atomic figured out authenticity back in 1996 with Close Combat. The military community will tell you that Close Combat is still the most realistic military real-time strategy game ever created because its realism is based on simulating the human aspects of combat. Still, to this date, nobody else has done this well. Atomic is doing work now with the Marine Corps that's going to result in some very authentic real-time strategy games, starting with Close Combat: Red Phoenix next year.

GS: Is Destineer an acquirer now? Is it an active part of your agenda these days?

GS: In Paul Rinde, you have one of the industry's top talents in the area of value publishing. What does Paul bring to the Destineer agenda?

PT: Paul launched our mass-market label, Bold Games, to create mass-market games other companies weren't doing, such as our John Deere: American Farmer game, which is selling really well. But Paul's real skill lies in aggressively growing entire organizations, which he's done a number of times during his 20-plus years in the industry. Paul's sold well over $500 million in games so far.

GS: There are so many battlefield sims out there today. How can you make yours stand out from the pack?

PT: Sure, there are lots of battlefield sims. There are also lots of people who like battlefield sims, and there are still lots of ways to innovate with battlefield sims (Brothers in Arms and Full Spectrum Warrior are recent examples). A unique thing about Destineer is that we're building training simulations for a wide variety of government organizations.

Destineer will innovate by making compelling commercial games out of the unique, specific expertise we're getting from people in these government organizations. There are many, many untapped ways to innovate in military games.

GS: Can you go into some greater detail as to why an outright acquisition of Atomic made sense?

PT: We don't believe Destineer's value is found just in our technology, our content, or our training simulations. We think it comes from the integration of all of these components into a single whole. With our Atomic acquisition, we are making a commitment to make Close Combat the leading military RTS game once again.

GS: Does Destineer have any next-gen plans, or is it all about the legacy systems? 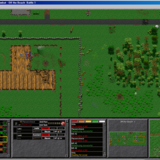