Descent Sequel Raises Over $100K in One Day

It's been more than 15 years since we saw the last entry in the Descent franchise. Now, after all that time, game design veteran Eric "Wingman" Peterson is turning to Kickstarter to get funding for Descent: Underground. The team is looking for a total of $600,000 to "reinvent the classic PC game… with a 21st Century, AAA upgrade." The sequel is already well on the way to funding success; it raised over $100,000 within 24 hours of going live.

With more than a century of combined game design experience, the team wants to create a voxel-based shooter with destructible environments in Unreal Engine 4. Descent: Underground will let players move with six degrees of freedom: up and down, left and right, forward and backwards, as well as pitch, roll, and yaw. When compared to other space combat games like Wing Commander, the movement options in the Descent series give its players an extreme level of control.

"We are bringing back that sensational feeling of fighting with six degrees of freedom while playing Descent," Peterson said in a press release. "But we aren't stopping there, we aim to take it up a few notches, by allowing players to dynamically change the map and customize their ships, to play as a part of a team or simply battle it out rogue style all alone. In addition, players will be able to create items and maps for the universe and get their own creations into the game."

Peterson has plenty of experience working on crowdfunding projects as the president of production on Star Citizen, which has raised almost $75 million at time of writing. If successful, Descent: Underground should be available some time in 2016. You can check out some of the concept art in the gallery below. 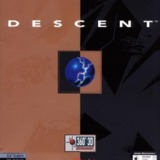