Demon's Souls Has New Secret Door That No One Can Open

The door is hidden behind an illusory wall, and it's unclear what is past it.

Demon's Souls features plenty of secrets and hidden passageways that can give you shortcuts or access to extra treasure, but it appears Bluepoint Games may have added a new Easter egg for the PS5 remake. Players have discovered what appears to be a new door fairly early in the game. The only problem is that no one can figure out how to open it.

The new door, which is behind an illusory wall you must attack to reveal, is located in the Tower Knight Archstone area. It's commonly called "1-3" in Demon's Souls fan circles because of how the game progresses between the five main Archstones. The wall itself is even obscured by some breakable rubble, but you'll be greeted with an "it appears to be locked" message if you try to open the door.

There's a mysterious new door in the Demon's Souls Remake, and no one knows how to open it👀https://t.co/TdpHLuIRsR pic.twitter.com/MwYjcNy7ed

Users on the game's Reddit page haven't been able to figure out what is behind the door or how to open it, but it looks like this will be the next great Souls mystery until someone does.

To see the door for yourself, you can progress through the first Archstone's content, but it's recommended that you go in a circular pattern around the Nexus and complete one area before moving onto the next Archstone. Going through an entire Archstone's content first will likely leave you with some extremely difficult fights.

Demon's Souls is arguably the highlight of the PS5's launch lineup, with Tamoor Hussain giving it a 9/10 in our Demon's Souls review. He praised its reverence for the original 2009 game's design as well as how it shows off the power of the new console. 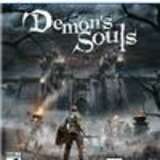