Demon Slayer: Kimetsu no Yaiba - The Hinokami Chronicle adapts two of the series' story arcs, which had more gameplay during PlayStation's showcase.

PlayStation's State of Play premiered and showed off many upcoming titles including the video game adaptation of the popular manga and anime series Demon Slayer. Fully titled Demon Slayer: Kimetsu no Yaiba - The Hinokami Chronicles, it covers two story arcs: main character Tanjiro's Unwavering Resolve arc and the Mugen Train arc. In the trailer below, you can see more of the third-person action game which showcased combat and exploration.

Fans of the anime and manga will recognize many of the story moments in the game's single-player component and presents them in a familiar arena-fighter style of gameplay that developer CyberConnect2 is known for. You can control Tanjiro in addition to supporting characters like the demon slayers Zenitsu and Inosuke in these single-player scenarios, and they're said to play differently with their own skillsets to reflect the source material. You'll also have a local and online multiplayer component similar to the Naruto: Ultimate Ninja Storm games as well.

Demon Slayer: Kimetsu no Yaiba - The Hinokami Chronicles is coming to PS4, PS5, Xbox One, Xbox Series X|S, and PC on October 15 this year. You can read more about it on the official PlayStation Blog. 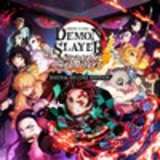