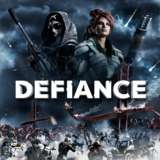 While the Defiance television show was not renewed for a fourth season, the video game side of the science fiction crossover continues to live on. Developer Trion worlds recently released a large update to the game that introduced the Dark Metamorphosis quest line, which includes new weapons, enemies, and events.

But what is it like taking on the full brunt of a project that previously had two parts? In an email Q&A with Carble Cheung, project lead for Defiance, we discuss the future of Defiance.

GameSpot: How does it feel to carry the torch on the Defiance universe now that the show isn’t going to have a season 4?

Carble Cheung: The Defiance universe was developed cooperatively, but has always been conceived to exist independent of either medium be it the TV show, the game or whatever else we came up with. Simply stated, the show had to focus on what was good for the show, the game had to focus on what was good for the game. Not being at complete parity with the show allowed us to keep our focus on what would be most important for the game. The fact that we were able to pull off a shared universe for three seasons active at the same exact time was a huge transmedia milestone.

What are the challenges of keeping your audience engaged in the Defiance game?

The challenges with any ongoing persistent game is engaging the interest of each player type. We just released a PvP balance update a month ago, and last season we focused on challenging group content via the Expeditions content, which included a character upgrade path via Cyber Rigs and Cyber Chips. The beginning of this season (Season 4) we are releasing story content. Our plan is to eventually release other types of content to reach each specific player type. This also considers planned features that we will be talking about in the future.

How do you design a zone with PVE and PVP in mind? How does that change the way you build maps? How do you balance weapons?

PvE and PvP are first and foremost not as exclusionary as you may think. The goals of a PvE map can easily be added onto a map that has PvP at its roots since much of the challenge of a PvE experience comes from the quantity, quality, and pacing of incoming enemies rather than strictly balanced map layout, map knowledge, and time-from-start-to-location advantages per team (i.e. can one team reach a critical defensive position before the other). Thus, designing around PvP first has little to no impact on the PvE experience. We started with PvP in mind, knowing it was a great use of our map assets with the one caveat: The PvE objective flow couldn’t be hampered.

Ultimately, the main design mandate for such a map is to make sure it is balanced and fun for PvP, where distances and cover placement can lead to critical balances between the teams. The PvE experience relies on AI and behavior driven NPCs to be your adversaries who are intended to be defeated in large numbers by the player. In short, as long as the overall objective flow of a PvE map is met, the PvP map design has the priority for any alterations and balance changes during development.

Defiance the show balanced self-aware humor with more serious dystopian themes--how do you strike that balance in the game?

Comedy and tragedy are two sides of the same mask. A balance must be struck between the two. In our case, we use humorous characters to lighten the mood of an otherwise fairly bleak story of a devastated Earth. That balance isn’t exactly 50/50, either. As far the characters, they tend to deliver funny lines more often than not, but for the moment-to-moment action, we are more serious and threatening. By defining more humor in the dialog than in the action, and more tragedy in the action than in the dialog, we keep the game light with dark undertones. By spacing the lighter dialog out between spans of deadly gunplay, we keep the experience fresh and consistent.

In many ways, the approach we have is very human. In the face of such overwhelming tragedy, humor is often the only way to stay sane. The frequent snarky comments and laughter in the face of death seem so well placed because it is natural for people in extraordinary circumstances to try and remind each other of the lighter side of things. To do otherwise would invite insanity. Of course, in a world gone mad who is to say who is insane?

Shrill Weapons vs Dark Matter, what are your thoughts?

The key point to the Dark Metamorphosis update is that NPCs are now influenced by Shrill. How parts of Dark Matter splintered (morphed) to form the "Neo Votanis Front" enemies with their Shrill influenced armor and helmets. This continues with the "Harbinger" enemy being a hybrid human/shrill experiment gone wrong. This would be where players hopefully go "I see what you did there…" Overall we hope this update reengages players in to the lore of the Defiance universe in the San Francisco region we know in the game as "Paradise."