English rock band Def Leppard is releasing its latest music video this week, but instead of publishing it on YouTube, the group is debuting it through Activision's Guitar Hero Live.

Activision announced today that Guitar Hero Live's GHTV will be the first place in the US and Europe to watch Def Leppard's music video for "Dangerous." But of course, you're not just watching it, as you'll get to play along with the song, which is featured on Def Leppard's latest album.

"Dangerous" isn't the only Def Leppard song coming to GHTV this week. The music video is featured on the Def Leppard: On Through The Ages" premium show; this also includes the songs "Let's Go" and "Rock of Ages."

"When the idea to premiere our newest music video for "Dangerous" in Guitar Hero Live came about, we were thrilled," Def Leppard lead singer Joe Elliott said in a statement. “The way our fans discover and listen to our music has evolved so much throughout the years. Whether they're playing on vinyl, streaming the songs online, or playing along to our music video in Guitar Hero Live, it's amazing to see how interactive music has become. There are so many interesting ways our fans experience our music, and having the video for "Dangerous" debut in Guitar Hero Live felt like such a great way to reach all of our fans."

For its part, Activision executive Paul Springer said partnering with Def Leppard for this effort is part of the company's goal for Guitar Hero Live to "create a unique way for fans to discover and play along to all different kinds of music."

"It's very cool to be able to work with the band to deliver this type of experience, and we hope the fans love it as much as we do," Springer added.

You can click through the images in the gallery above to get a closer look at the Def Leppard show.

In addition to Def Leppard's premium show, others themed around indie rock music and Fall Out Boy's KROQ holiday special are also available. See below for a complete rundown.

Def Leppard: On Through The Ages 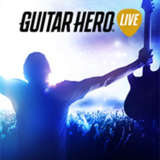