Deathloop Discount Available For PS Plus Subscribers, Free Steelbook Up For Grabs At Best Buy

Deathloop, the latest game from Arkane Studios, releases tomorrow, September 14 for PS5 and PC. Though Bethesda is now under the Xbox umbrella, Deathloop was already a PS5 console exclusive before the acquisition happened. If you haven't secured a copy yet, there is still time to preorder Deathloop and get preorder bonuses with your purchase.

PlayStation Plus subscribers can save 10% on digital copies on the PlayStation Store. This deal is only available until tonight at 9 PM PT / 12 AM ET. If you prefer a physical copy, Best Buy is offering $10 rewards certificates and a free steelbook with both the PS5 and PC versions of the game. PC players can snag a digital copy for $49.19 on GMG.

Deathloop is one of the best games of 2021 so far. It earned a 10/10 in our Deathloop review thanks to its inventive gameplay, stellar writing, and superb art direction. "Perhaps the most laudable part of Deathloop is how it takes so many seemingly disparate things and creates harmony between them," GameSpot managing editor Tamoor Hussain wrote. "Gameplay systems that feel isolated become pieces of a bigger puzzle, and when you see how they seamlessly connect together, you realize how special an achievement it really is. Similarly, on paper, the different aesthetics should be like oil and water, but they come together effortlessly to be part of a greater whole, and, for me, that's what Deathloop is really about. By standing back and looking at the bigger picture, the uncharacteristic choices and unexpected behaviors feel necessary--essential even."

All Deathloop preorders for PS5 come with the Royal Protector Machete, the Storm Rider character skin, and a trinket (buff). PC preorders get the skin and trinket, but the weapon is exclusive to PS5 users. 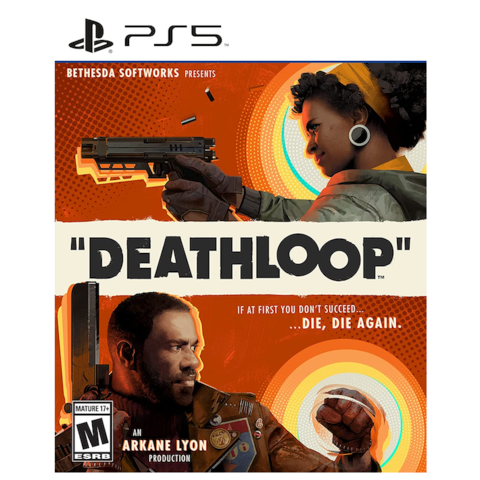 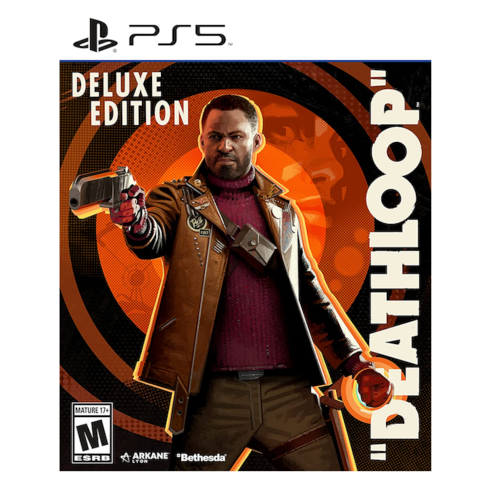 Deathloop's $80 Deluxe edition is available in both physical and digital editions. Once again, you can 10% off on the PlayStation Store, which lowers the price to $72. The Deluxe edition comes with a bunch of bonus content:

In Deathloop, you play as an assassin named Colt who wakes up on Blackreef Island. Blackreef isn't exactly an island getaway for Colt, though. It used to be an army base dedicated to weird experiments, and now the residents hold a party that never ends. The island is stuck in a perpetual time loop, and some of the partygoers aren't exactly friendly. To escape the loop, Colt must hunt down and eliminate eight targets before the night ends. Each time you run through the loop, you'll learn new things that will help you next time. In this sense, Deathloop could be compared to Outer Wilds, but with a lot of violence.

In addition to over-the-top weapons like the aforementioned Eat the Rich Tribunal weapon, Colt will be able to use a variety of powers and gadgets to take out his targets. Deathloop also has parkour movement and gives players the freedom to approach situations stealthily, too.

Deathloop also has an interesting optional multiplayer component. Julianna, an agent who works to keep the time loop alive and hunt down Colt, is controlled by the CPU by default. However, other players can take control of Julianna and work against you. Deathloop lets you turn this feature off, though.