The game will feature a photographer who can transform into animals. and it's due in 2021.

The Good Life, the next game from Deadly Premonition director Hidetaka "Swery65" Suehiro, has picked up a publisher. The game, about New York photographer Naomi Hayward and her move to the mysterious town of Rainy Woods, is due to release in Summer 2021.

The Good Life will be published by The Irregular Corporation, the publisher of Murder by Numbers and PC Building Simulator. The game is being developer by Suehiro's White Owls Inc. team, and is the result of a successful Kickstarter campaign.

The new trailer shows off some of the game's major mechanics, including photography and animal transformation--Naomi can turn into a cat or a dog during the adventure. This is, ultimately, a detective adventure, with Naomi digging into the town's secrets. Hopefully she'll uncover some interesting truths.

It looks just a little janky in the trailer, but that's part of the charm of Swery65's work.

The game is coming to Switch, PS4, Xbox One, and PC. It'll also be playable on PS5 and Xbox Series X/S thanks to backwards compatibility.

Deadly Premonition 2 released exclusively on the Switch earlier this year. It received a 5/10 in GameSpot's review, which criticized the "jarringly inconsistent frame rate of the open world." A later patch improved things somewhat. 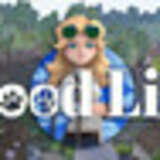