Deadly Premonition 2 Has Patches In The Works

Reviews of Deadly Premonition 2 note the sequel's inconsistent frame rate, but the publisher has sent mixed signals as to whether it'll be fixed.

[Update: Rising Star Games has clarified that patches and updates are currently in the works to improve Deadly Premonition 2. However, the company did not specifiy what they would be focusing on.]

Nobody expected the sequel to the famously janky Deadly Premonition to be a technical showcase, but even fan goodwill has its limits. Reviews for Deadly Premonition 2 rolled out recently, and many of them note the game's dire frame rate as a particularly salient flaw. As of now, it's unclear whether or not the developer plans to improve the frame rate with a patch.

In GameSpot's review of Deadly Premonition 2, our critic Kurt Indovina called it out as such: "But once you get out into Le Carré, the frame rate falls off a cliff; it feels as though the game is in a perpetual loading state, like it's constantly trying to catch up to your actions." On Twitter, VG247's Alex Donaldson uploaded an indicative clip, and it's not exactly pretty. Curiously, developer Hidetaka Suehiro, better known as Swery65, actually retweeted Donaldson's tweet, which describes the game as a "disgrace."

I CANNOT BELIEVE how terribly this game runs. A disgrace. https://t.co/oYefoCDBZU pic.twitter.com/ermxLzCSuM

In his review of the game, YouTuber (and noted Deadly Premonition fan) Jim Sterling stated that the PR company representing Deadly Premonition 2 told him that there are "no immediate plans" to fix the frame rate. However, in a later tweet, Sterling said that PR is looking into possible options for a patch, but that nothing is confirmed as of yet.

Quote on the Deadly Premonition 2 framerate from PR: “Currently we're looking into our options for a possible patch, but nothing is confirmed yet. ”

GameSpot has been told the PR company is speaking with the devs and "should have more details to share soon." We'll report back as more details are shared.

Besides its unfortunate frame rate, our critic gave Deadly Premonition 2 a mixed review, stating that while the sequel offers a return to the same strange world and off-kilter characters, it's an overall "diluted" experience compared to the original. "Inexcusably poor performance issues (even by Deadly Premonition standards) make it hard to recommend to anyone outside the existing fandom," Indovina wrote. "And even then, Deadly Premonition 2 stumbles in some of the places that made the first truly special."

As noted above, the original Deadly Premonition was known for having technical issues, with even the most recent port on Nintendo Switch suffering from major performance problems. 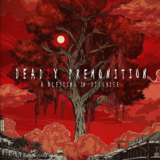 Deadly Premonition 2: A Blessing in Disguise
Follow
$31.24 on Walmart
Buy