Dead Space Remake Will Give Isaac A Voice, But Only Under Certain Situations

Voice actor Gunner Wright, who played Isaac in other Dead Space entries, is reprising his role in the upcoming remake from developer Motive Studios.

Developer Motive Studios has confirmed that while Gunner Wright will return to voice Isaac Clarke in the upcoming Dead Space remake, the main character of the sci-fi series will only have dialogue under certain situations.

Isaac in Dead Space from 2008 was voiced but had no real dialogue, with Wright only providing grunts and screams. That changed with Dead Space 2 and 3, which saw Isaac develop more personality and an actual voice. Motive Studios, during the recent Dead Space livestream, revealed that Wright will once again voice Isaac and that he will have more dialogue this time around.

But Isaac won't talk all the time, as a key pillar of Dead Space, according to Motive Studios, is the game's isolation. As such, there are two instances that will prompt Isaac to speak during the game: when he's spoken to and "in a situation where it would feel weird if he remained silent" per a screenshot.

Motive Studios outlined that second point, explaining what "situations" will get Isaac talking. This seemingly includes most instances that require his engineering experience. So, for example, if the ship needs repair, Isaac will talk. If something needs to be blown up, Isaac will talk. Even if you stumble on a new objective, Isaac will talk. All other times, though, he'll remain silent.

The studio said the reason for creating these circumstances is to not only remain true to the original Dead Space--by largely maintaining Isaac's silence--but also to flesh out and "improve" his character a little bit more.

Dead Space doesn't have a definitive release date, but Motive Studio's rumored plan is to launch it at the end of 2022. Whenever it does drop, Dead Space will be available on PC, PlayStation 5, and Xbox Series X|S. 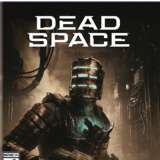