Dead Space 3 has been confirmed, and Electronic Arts will show off the action game's first official footage next week during the publisher's media briefing at the 2012 Electronic Entertainment Expo, according to a statement provided to IGN.

EA's 2012 E3 briefing is scheduled to take place on Monday, June 4, at 1 p.m. PDT. GameSpot will be on hand during the presentation to relay whatever information about the project is divulged.

EA first spoke of Dead Space 3 over a year ago during a financial call, but has not offered much in the way of official details since. Earlier this month, it was reported that Dead Space 3 would bring co-op to the franchise. This claim was bolstered just yesterday when nine new purported images from the game leaked and showed series hero Isaac Clarke fighting alongside a partner.

The most recent entry in the Dead Space series was 2011's Dead Space 2, which shipped for the PC, Xbox 360, and PlayStation 3 to a warm critical reception. 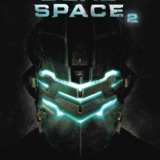