Facebook comments "reflect that individual's opinion and not the opinion or business strategy of Koei Tecmo Games."

[UPDATE] Koei Tecmo has released an official statement on the matter, distancing itself from the comments made on Facebook last week. The company added that it remains "focused on delivering the best in fighting entertainment to our fans around the world, while consciously respecting and strategizing to support the different global audiences the Dead or Alive franchise lends itself to."

Dead or Alive Xtreme 3 is only planned for release in Japan and Asia.

Dead or Alive Xtreme 3, the voyeuristic beach volleyball game, will not be released in the US or Europe due to its publisher's apparent concerns over how Western audiences will respond to its depictions of women.

The game, which features a sun-tanning system and options to dress its full-figured characters in various costumes, is currently set for launch in Japan on PS Vita and PlayStation 4 in February 2016.

Responding to questions from fans on Facebook, a representative for publisher Koei Tecmo wrote: “We do not bring DOAX3 to the west and won't have any plan change in the future.”

Following more questions from fans regarding its decision, the company went on to explain: “Do you know many issues happening in video game industry with regard to how to treat female in video game industry? We do not want to talk those things here. But certainly we have gone through in last year or two to come to our decision."

It is not clear if any other factors, such as sales expectations and distribution costs, had also influenced Koei Tecmo's decision.

The publisher’s choice to scrap global launch plans for its game highlights conflicts between the issues of censorship and sexism in games.

Changes in attitudes towards the depiction of women in games has created a public debate between those who want a more noticeable gender equality, and those who feel such changes are detrimental or unnecessary.

Disagreements over the complex issue have sometimes become so envenomed that they have sparked instances of domestic terrorism. In September 2014, it was revealed that organisers for a games developer awards show were told a bomb would be detonated at the event if the divisive feminist Anita Sarkeesian would pick up her award. 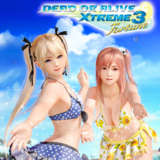 There are 836 comments about this story
Load Comments (836)