Dead or Alive headed for PCs

Previously found only in arcades and on consoles, Tecmo's flagship fighting franchise Dead or Alive series is headed for PCs next year. Shanda Interactive Entertainment today announced that it will debut Dead or Alive Online in mainland China, Hong Kong, and Macao next year.

While the Dead or Alive series is a signature franchise of Tecmo's Team Ninja, development for the PC edition is being entrusted to another of the publisher's internal operations, the online-specialist Lievo Studio. Tecmo has said the all-new title will feature the characteristics of an online PC game, but did not go into further detail.

Shanda said it expects Dead or Alive Online to go live before the 2008 Beijing Olympic Games, which kick off August 8, 2008. Western gamers will also eventually get their chances to put the PC edition through its paces, as the game is set to be published worldwide at an unspecified later date. 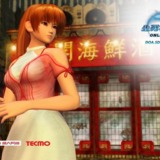