The Dead or Alive series hasn't quite reached the same heights as Mortal Kombat or Street Fighter, but with that said, it's still a fighting game series that's carved out a place for itself alongside the others since its debut nearly 23 years ago. With Dead or Alive 6 slowly approaching its March 1 launch--releasing on PC, PS4, and Xbox One--the developers at Team Ninja plan for the next game to offer more single-player and online content, with the aim that this will attract greater interest for large-scale competitive play.

While attending a recent hands-on session for the soon-to-be-released fighter, we talked with game director Yohei Shimbori, who spoke about the lessons learned from the free-to-play experiment with DOA5, and what the series hopes to accomplish in 2019.

Now Playing: Dead or Alive 6 - Brand New Gameplay Of Christie, Helena, And So Much More

"There's many different kinds of fans for fighting games," said the director. "Some play it for the story, some play it for esports. We saw that when Street Fighter 5 came out, it didn't have a story mode, and there was a lot of controversy around that. Once we saw that, we knew that people really wanted a story mode in their fighting games. There are also a lot of fans who really gravitate to certain characters. We focused more on that in DOA5 and the free-to-play versions, and with the expanded customization in DOA6, we wanted the fans to create their own personal versions of that character."

Recently, the game's launch was delayed till March 1, away from its original release on February 15. According to the developers, this was to ensure that the game would be in stable shape for its debut. While the DOA series has had a particular reputation for blending fast, fighting action with characters that leaned heavily into fan-service territory, the developers want the series to be taken more seriously as a contender with DOA6, which they hope will push the franchise further into the spotlight.

"I'm very proud of how we're able to release this game after DOA5, as there was a pretty long gap when that game launched," Shimbori said. "Also, I'm very happy to see that the esports movement has gotten bigger in recent years. I really want to work with fans to help DOA expand and reach that type of stage. My dream is for the DOA fanbase is for it to grow even larger than from what it is today."

For more on Dead or Alive 6, such as the current roster and what to expect from the comprehensive customization options, be sure to check back with GameSpot. 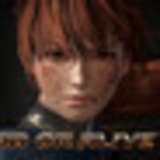