Dead Island Riptide will not be published in Germany - Report

Game's creative producer reveals that there will be no censored version of the game in Germany due to country's laws prohibiting violence against human-like characters.

A Dead Island: Riptide developer has criticised Germany's laws restricting the sale of violent media, revealing that the upcoming title will not be published in the country.

In an interview with PCGamesN, Dead Island Riptide creative producer Sebastian Reichert told the publication that there would be no censored version of the game.

"We have no censored version of the game, so we cannot release it in Germany," Reichert said. "It feels […] awkward to have one of the most successful games in years and nobody in your country knows it."

Reichert explained that the game will not be able to be published in Germany due to the country's laws prohibiting violence against human-like characters; for the original Dead Island--which was banned in Germany--the problem was the fact that players could attack zombies, which, according to Reichert, was seen as mutilation of corpses.

Reichert went on to question why other games released in Germany were seemingly not subject to the same treatment.

"At the moment, I'm really confused that you can buy Gears of War 3 in stores in Germany, but not Dead Island. Because, where's the difference? [The enemies in Gears of War 3] are human-like, and [players] can do things to them. That's in stores."

According to the publication, Dead Island Riptide is due out on April 26, 2013. The game is a follow-up to last year's zombie shooter and boasts new weather effects, like flooding, as well as general upgrades to its game engine. The game takes place on another island of the archipelago depicted in the original game.

In addition, Dead Island Riptide players will be able to import save information from the original Dead Island. The game is due out for the Xbox 360, PlayStation 3, and PC.

The original Dead Island was developed by Techland and released in September 2011 to generally positive review scores. The game has shipped 4.5 million units as of August this year. 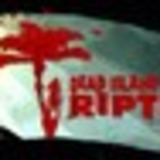