The epidemic is over.

Dead Island: Epidemic, the PC MOBA based on the Deep Silver zombie franchise, will shut down next month, its developers have announced. The game's servers will be switched off on October 15.

"Over the past weeks and months we've been evaluating how to proceed with Dead Island: Epidemic and looking towards the future for the game," an update on the game's Steam page says. "We're sad to announce today that we've come to the conclusion to cease further development."

You have until September 15 to spend any remaining currency you might have, and there will be big discounts on all characters and boosts. However, there was no mention of a refund process should you still have a balance when the game closes for good.

Epidemic, which Deep Silver actually referred to as a ZOMBA (Zombie Online Multiplayer Battle Arena), never saw a full release. The game began with a closed alpha and advanced all the way to a closed beta and then a free open Early Access beta, where it stands today.

In other news about the Dead Island series, Dead Island 2 for consoles and PC was recently delayed to 2016, while Deep Silver parted ways with its developer, Yager, and has yet to reveal its replacement. 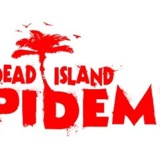