Dead Island: Riptide will be included as a download on PS4.

[UPDATE] Deep Silver responded to our request for comment and said, "There are limitations where you are unable to have multiple multiplayer experiences on the same disc, unfortunately we can’t comment further." The original story follows.

Publisher Deep Silver revealed this in an exchange on Twitter. The two games not being included on the same disc is weird, considering Uncharted: The Nathan Drake Collection, Borderlands: The Handsome Collection, and Deep Silver's own Metro Redux all brought multiple games to the PS4 on one disc.

"We could've worded that better," Deep Silver clarified on Twitter. "You need a separate menu, you can't just put two games on disc the same way as on XB1."

Why Metro Redux had two separate menus for its games, while Dead Island doesn't is unclear. We've contacted Deep Silver for further comment on the situation and will update this story as we receive more information.

Dead Island: Definitive Collection releases for PS4 and Xbox One on May 31. PC players can buy each game individually on Steam.

Dead Island and Riptide aren't the only games included in the Definitive Collection. The third is Dead Island: Retro Revenge, and the game's premise revolves around you wanting revenge on the zombies that stole your cat. You can watch the trailer here. 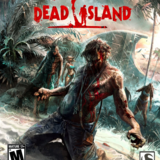